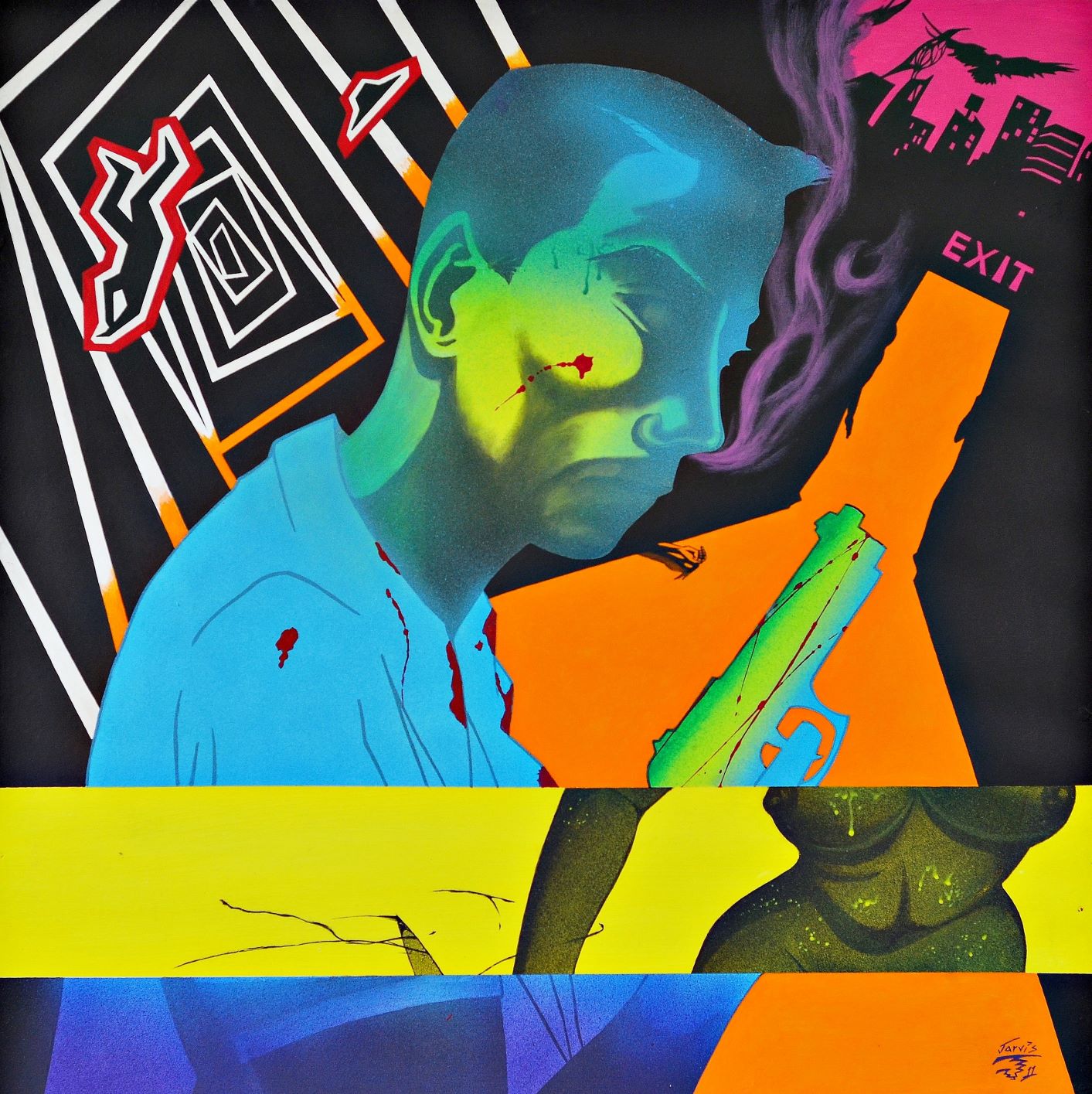 ​This is another painting based on one of my unpublished short stories without a title. Paintings are so much easier to name, don’t you agree? The piece was borne from this:
“I entered this dream a murderer. Sprays of blood stained the dank air from a grotesquely carved fountain. Blood on my hands, my face. I knew not whom I had killed, only that the poor sack lay a spit of mucus away. The victim was male, so my heavy breathing and ego allow. I was not anxious; there were no tremors on the inside or out as I stood a manikin with a dripping cutlass in hand. I had somehow got the better of a fight that I had initiated. I was seasoned, but this was sloppy work.

The front door burst open screaming its orange light at me through the darkness. I cringed for incoming bullets, but it was not so tonight. There was a line of mercy dividing that light that my poor eyes squinted to embrace. It was tall. It was magical. It was what else but a woman. She was a lean thing, naked except for her pink panties that glowed like a neon sign hovering in her black market. She leaned against the door-post giving way to the scythed curve of her body that blocked my exit from this apartment. Jerry-curls of smoke curled from her lips and about her head till they faded away. An orange mole shifted in her darkness, Tiger-Tiger burning brightly between fingertips. It occupied her time, the time she waited for me to act. And in that instant I knew that I was her lover, who had, without resistance, fallen prey to her sick, masochistic test.”